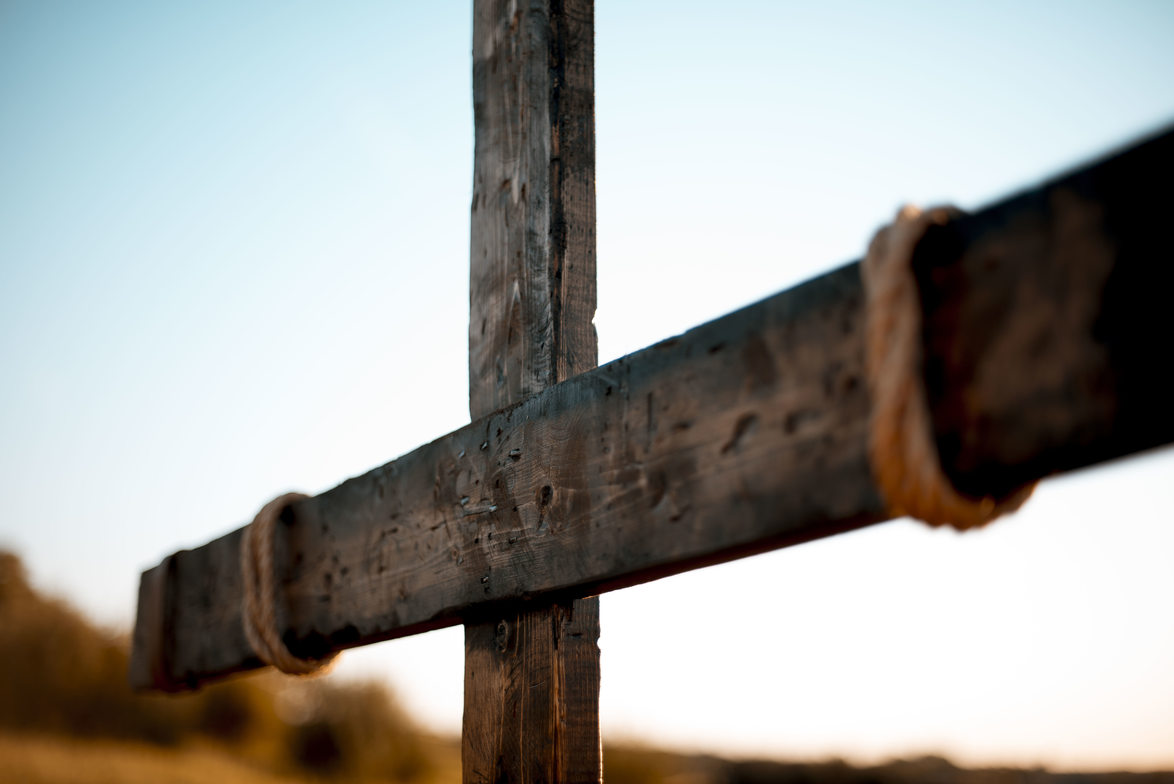 We are seeing in our world today so much hate for each other over differing opinions. So much hate that some are being removed from the internet, some are being forced out of a position of leadership, some are having their livelihood taken away, and some are even seeing their good name crushed. Not because they have physically acted in violence towards another but simply because they do not share the same ideals and philosophies.

Some of these philosophies may be concerning and merit sitting down and having an open dialogue of conversation to better understand each other. But many are shutting their doors to open dialogue. They are covering their ears and refusing to listen. They don’t want to work together with you if you are different; they simply want you to submit to their ideals.

What has happened in the world that we cannot listen to each other and work together to help each other around common goals?

I would argue that in some ways, mankind has been this way longer than you think.

About 2000 years ago in the city of Jerusalem, there were authority figures over the Jewish people called Pharisees. These men felt threatened by the presence of a particular man. They didn’t feel threatened because this man threatened them with harm or approached them with violence. He was doing good things like healing the sick and the lame, giving encouragement to others, even teaching people to love others, and still the Pharisees harbored a grudge against Him that turned to hate. They began to ask themselves those questions that often lead us down dangerous paths, the questions of... “what if?”

“What if... He thinks differently than we do?” “What if people stop looking to us as an authority and instead look to Him?” “What if we lose our power and our standing in our community?” “What if, because of His teaching on love and forgiveness, people no longer have a need for us?” Instead of the Pharisees working with Him, they decided to work against Him. Instead of helping Him, they decided to hate him. Instead of using opportunities to become His friend, they used opportunities to accuse Him and shift blame to Him. They did all of this until one day, they decided they hated Him so much that they wanted Him dead.

So they made a plan. They bribed one of His friends to turn Him in. They gathered together a mob and stirred them up with so much anger that when the opportunity came to either release Him or a known murderer, the people chose the murderer to be freed over this innocent Man. The law at that time tortured Him and put Him to death on a cross. The Pharisees were satisfied thinking that the One they considered a trouble maker was gone and now they just hoped His message would be gone too.

Many would look at this event and see it as a hate crime. This Man was clearly tried unfairly, He was oppressed by those who were supposed to protect Him. His name was unduly slandered and those who were His countrymen turned against Him and held a prejudice towards Him simply because He taught to love and forgive others.

There would be those who would consider this a hate crime and that the Man in this event was a victim. But this was no ordinary person. This was the Son of God, the Man, Jesus Christ. Jesus was betrayed, but He was not forced into something that He wasn’t prepared for, and He did not die for any ordinary crime. Jesus came to this earth for the purpose of sacrificing His life for mankind. We see the evidence of this throughout Scripture.

John 3:16-17: For God so loved the world that He gave His only begotten Son, that whoever believes in Him should not perish but have everlasting life. For God did not send His Son into the world to condemn the world, but that the world through Him might be saved.

In the book of Genesis, God created man and woman, designed perfectly for each other, given the ability to make their own choices, created to love and honor God. However, they made the wrong choice and with that choice came trouble in the form of world-changing consequences. This trouble changed their freedom to enslavement, their ease of living became a struggle, their limitless life now had a stopping point. The worst part was not just for them but for their ancestors. This trouble would continue generation after generation. This wasn’t just bad luck. This was like a virus that spread to every person through their line, and unfortunately for us, their line was the race of mankind.

This “trouble” God refers to is sin. The problem with sin is that it is an attack against God. God is holy, meaning He is completely and utterly without sin and when we sin, we actually hurt God, not in the sense of pain but He is sorrowful over our actions because He cannot allow sin into His presence. Therefore, sin separates us from Him. Some refer to sin as “cosmic treason.” Fortunately, it can be forgiven but at a great cost. In the early days of man, every time someone committed a sin, there would be a process they would have to follow to ensure their forgiveness. This meant that they had to take the purest and most innocent lamb and sacrifice it on an altar before God. The only payment acceptable for cosmic treason is the sacrifice of pure, innocent, blood. Without that sacrifice, man would perish forever in a place called hell.

One day, God declared that He would send someone that would take on the debt of our sin once and for all, and that no other payment would be required. God sent His only Son, Jesus, to pay our debt and set us free from the burden of sin. But now we have a choice: live in our sin, or leave it behind and turn to Christ.

If we leave our sin behind and turn to Christ, we will join Him in an everlasting life in Heaven, instead of perishing and being separated from Him in hell. Because of Jesus’ sacrifice, we are saved from the punishment of our sin, we are reconciled to God, and our relationship with God and Jesus is renewed.

Unfortunately, there are those that treat sin as if it is something good or that it is something that does not matter. There are some who indulge in sin and they have no intention of ever giving it up. They prefer the darkness to light, they enjoy hating instead of loving, and they refuse to consider that they may need forgiveness themselves. Jesus speaks of these people in John 3.

John 3:18-21: “He who believes in Him is not condemned; but he who does not believe is condemned already, because he has not believed in the name of the only begotten Son of God. And this is the condemnation, that the light has come into the world, and men loved darkness rather than light, because their deeds were evil. For everyone practicing evil hates the light and does not come to the light, lest his deeds should be exposed. But he who does the truth comes to the light, that his deeds may be clearly seen, that they have been done in God.”

Throughout Christ's life, whenever He faced those who opposed Him, He could have responded by fighting them back physically or using God's vast power against them. He instead returned their oppression with love, compassion, and forgiveness. Jesus showed us the light of truth and the light of God through the example of His life. Jesus never “cancelled” another man. He instead forgave him, taught the truth to him, and modeled to him God’s goodness- just as taught from the biblical scriptures. Even when Jesus hung from the cross, He asked God to forgive those that were punishing Him because they did not understand what they were doing.

Jesus has modeled a God-centered life not just for those who were around Him 2000 years ago, but for all of mankind. Through the example of His life, we too can learn how to show compassion, we too can know and experience real love, and we too can be forgiving to others just as He has forgiven us. It’s true that Jesus came to die for our sins, but it’s just as true that Jesus came to model for us a life that we can embrace ourselves. We just have to have the courage to step up, grasp it, and live it.

We all have a choice: live like Christ or live in our sin. I urge you to accept Christ as your Savior and allow Him to be Lord of your life. Regardless of who you are or where you are in your life, God is willing to accept you and forgive you. He wants you to be His child and spend your eternity with Him. But this is your choice. For those of you who have already submitted to God’s authority in your life, renew your relationship with Him, forgive others, and live like Christ.

Nov 13
What We Believe: A Biblical View of Spiritual Gifts Pt 1